This simple statue could be a tulip, or a vase, but it commemorates something more significant, the first hot air balloon flight in the Netherlands. The flight was made in 1785 by Jean-Pierre Blanchard, and it departed from the gardens behind the Noordeinde Palace, now known as the “Paleistuin” or Palace gardens.

That flight did not end well. The balloon was made of varnished silk which could easily be punctured and when the balloon landed 25 kilometers away in Zevenhuizen Blanchard was attacked by farmers with pitchforks. It’s a comical scene to our modern eyes, but no-one in the Netherlands had ever seen a man arrive by any form of flight before, indeed the first manned balloon flight was only two years earlier so few people in the world had ever seen it, no wonder the farmers were afraid.

There is a charming image of preparations for the first flight held in the Rijskmuseum archive, showing the preparation – 24 barrels of gas being released to lift the balloon, four men holding tethers while it inflates, and various citizens strolling past the extraordinary sight. The statue is of a similar shape, but clearly stylised for the period it was created.

Thanks to Jacqueline Albers of “I guide you through the Hague” who explained what the statue commemorated during a tour. 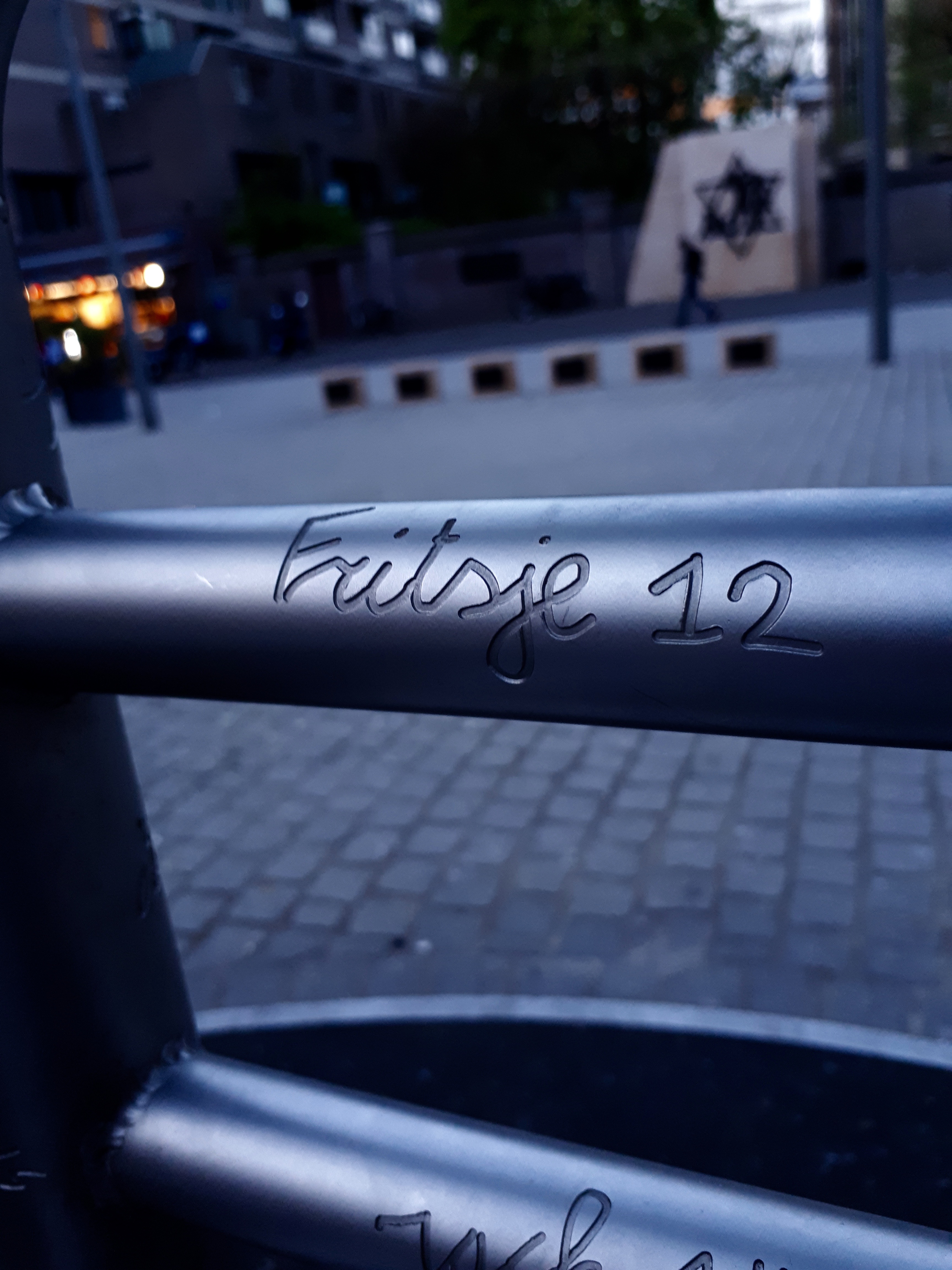 It’s really weird to read a book that tightly references the area you live in, and “The Cut Out Girl” begins with a walk around my new neighbourhood. This is where Lien, the author’s Aunt, lived before she was smuggled away to safety in Dordrecht. Lien is Jewish, and under the Nazi occupation her life was in danger, so her parents sent her into safety where she posed as a cousin from bombed-out Rotterdam. She never saw her parents again. 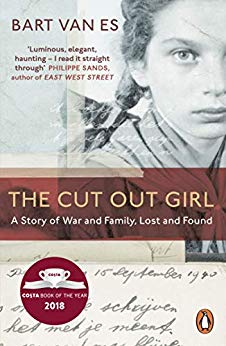 There are a lot of books about Jewish people in hiding, most famously of course Anne Frank, but there’s an important aspect to this book. Lien’s story is told simply and documented with photos, personal letters and trips to the nation’s archives. What makes it different as that Van Es, Lien’s nephew, looks at the dark side of the occupation. There were Dutch collaborators working with the occupiers to find Jewish people to deport, and there was a bounty for citizens to inform on Jews in hiding – remember that the winter of 1944-45 was the Hunger Winter, a real famine with a massive shortage of food so hiding extra people got harder, and there must have been more than one starving family who betrayed their Jewish neighbours for that bounty.

There were thousands of Dutch people who took part in measures to rescue Jewish people – from replacing the civil registers so that Jewish people were not identified (before WWII the civil register included religion), to hiding children, and moving Jews to safety. All of that is true and gets celebrated. But this darker side is usually ignored. Van Es has researched and documented some of the darker side, leading to some tough conversations among Dutch people.

I walked around the area where Lien lived with her parents as a child, ending on Rabbijn Maarsenplein. This square is tucked in behind the Nieuwe Kerk and surrounded by various Asian restaurants. But when Lien left The Hague this is where the only school for Jewish children was. There are two monuments on the square that point to its history, the Jewish memorial in the background of the photo above, and the Jewish Children monument (Joods Kindermonument ). The children’s names on the bars commemorate 400 children who attended the school on this square during the German occupation and did not survive. From the Hague 16,000 of the city’s 18,000 Jews were killed during the second world war including Rabbi Isaac Maarsen for whom this square was named, his wife and three daughters.

It’s an interesting book and a worthwhile read because of this honest perspective. 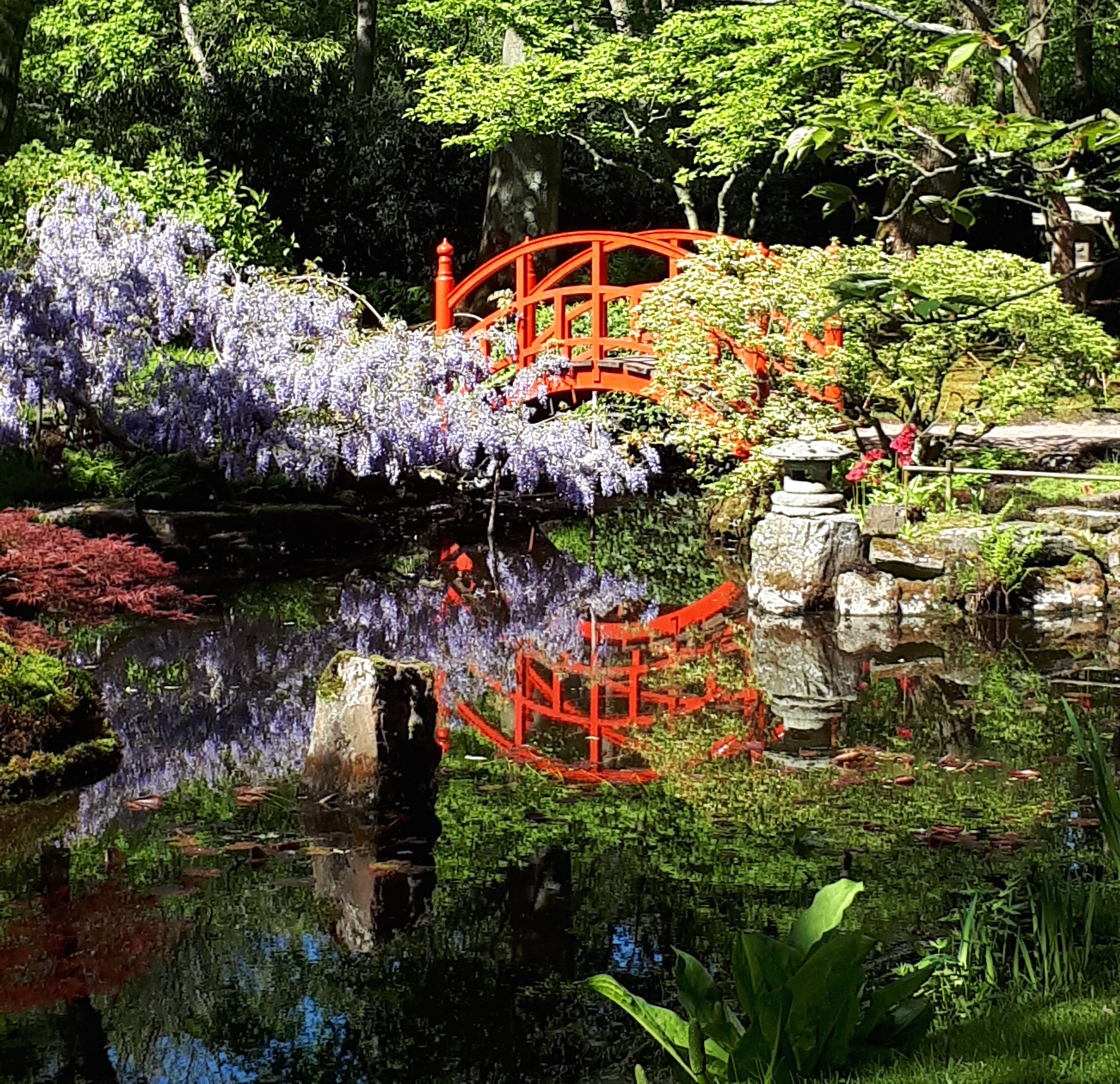 I had free time this afternoon so I cycled up to Clingendael, to see the Japanese Garden. It’s full of vibrant colour from the azaleas, rhododendrons and maple trees. There are narrow meandering paths through moss covered grounds around a pool, the reflections make for great views. There’s also a small pavilion to take a rest at the end of the pond, and a small buddha statue in a tiny hut.

It’s the oldest Japanese style garden in the Netherlands and many of the stone sculptures throughout the garden were collected by Baroness Marguérite van Brienen, who sourced them in her trips to Japan. It was her garden and it’s retained its original design.

There’s a trick to visiting – the garden is only open for a few weeks a year, for this year it’s 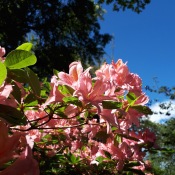 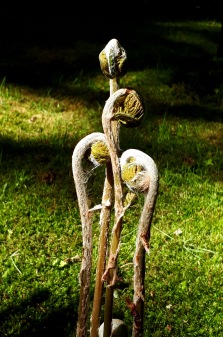 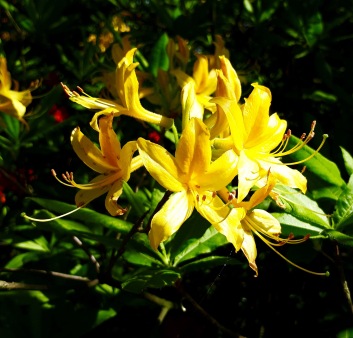 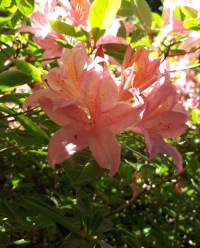 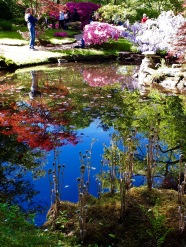 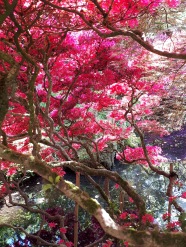 I’ve moved to the Hague, I’ve been working on this move for a while and made my decision to move before the city ranking put the Hague at the top of the list of Dutch cities for expats.

I’m excited to be learning and writing about my new home city. I’m settled enough now to be finding my way around for the fun stuff although I’m still spending way more time on google maps than ever before. I’ve found the essentials; supermarkets, bookstores, and a cycle repair. I’ve made trips to a few of the local museums and I’m starting to learn about the history of my new home town.

I’ve updated my twitter profile with my take on the city’s arms – a stork. 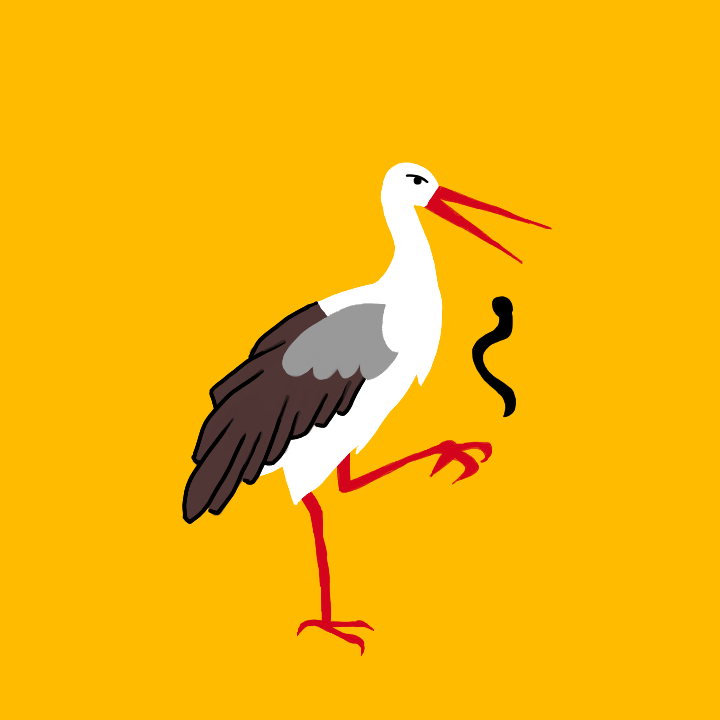 According to the city’s official site storks are seen as as bringers of luck and prosperity; sounds good to me!

My Tweets
Follow I am not a tourist on WordPress.com